I can't take credit for today's title as my sister-in-law Kerri Halbrook Thompson provided me with a fabulous Wednesday term. A waggle is a kind of motion with the club that allows the player to stay loose instead of holding still right before hitting the ball. Used in a sentence, I could say "Jason Dufner has a million waggles before he hits." Just watch him play...you'll know what I mean.

Today Michael played in the annual Par 3 contest that the Masters Tournament holds on its 9 hole par 3 course every Wednesday before the tournament begins. All competing and non-competing invitees (such as Arnold Palmer, Jack Nicklaus, Hubert Green, Gary Player etc) are allowed to play, though they are not required to, and the player can have anyone he wants caddy for him. Players have parents, siblings, wives, friends, anyone caddy for them in front of thousands of spectators. But it's the young kids caddying that really make the contest fun. Those tiny white jumpsuits are just so stinking adorable!! John Merrick even had his baby girl wearing a green tutu, green headband and tiny white T-shirt with his name on the back. It is just such a fun time for players and their families to enjoy the Masters atmosphere together.

While Michael practiced with his coach Susie Meyers, I went with our caddy Matty Bednarski into the caddy house at the end of the driving range and got all dressed up as a caddie with my white jumpsuit and green hat (which I got to keep!). I then met Michael at the chipping practice area and assumed my role as caddy for the next few hours. While Michael practiced, I recalled all my knowledge from my days caddying for Michael on the NGA Hooters Tour. If you know me, you know I hate making mistakes so I vowed to basically not do anything stupid in front of thousands of people.

Michael played with John Senden, an Australian and one of our playing partners for Thursday and Friday, and Jerry Pate, another Alabama graduate. I think he played really well because I never had to rake a bunker (though I was mentally prepared to do so). All I had to do was clean clubs and his ball, take the pin out of the hole and replace it, carry the bag, keep enough water in the bag, and hand him his putter after he hit his tee shot. And look cute doing it. I did check the wind every once in a while just to look like a pro and I did have to tell off some spectators who said something nasty (Matty would be so proud), but other than that Michael pretty much took care of himself. And I met former secretary of state Condoleeza Rice as she was one of the starters on the tee. She is one of only 2 female members of Augusta National and we talked about Birmingham as she is also a member of Shoal Creek where Michael practices. I think we definitely bonded.

Since no one on any social media outlets commented on my 4 putt on the final hole of the par 3 contest today, it must not have been on TV...which is perfectly fine with me. Usually when the player doesn't really have a chance of winning the contest, he will let his caddy, no matter his or her age, try to make the final putt. I almost made the first putt, which was just off the green in the fringe and had about 2 feet of left to right break over a little mound. It only missed by half an inch! I wasn't nervous since I knew no one really expected me to make it anyway. Oh well...I hear whoever wins the par 3 contest never goes on to win the Masters, so I can't be too upset. That's probably why Michael made me putt anyway. How many people can say they've hit a putt on a green at Augusta National?!

Overall it was such an amazing experience caddying for Michael in the Par 3 contest at the Masters. We had so much fun together and it was just a nice relaxing day to spend the day before the actual tournament begins. The rest of the day/night will be spent relaxing at the house Michael and I have rented for the week. Tonight will involved homemade spaghetti, pajamas, Fast n Loud (a car show) and Duck Dynasty, and an early bedtime. Michael tees off at 10:12 tomorrow and plays with John Huh and John Senden.

Please send prayers for endurance, stamina, and peace for the rest of the week. No matter what the outcome, we are so grateful for this opportunity God has given us to play in the Masters. We are thankful for our families and friends who have come to support us in person and those who support us in spirit. We would not be here without you all. God puts people in our lives for a reason, whether its for you to encourage and support them, or for them to change and teach you. Just remember that everyone you come in contact with needs love and joy in their lives. Find a way to give it to them. That is what it means to reflect the image of Christ...it is in the way you treat people whether they deserve it or not.

Enjoy some pictures my Dad took from the Par 3 today! These will probably be the last pictures for the week since we aren't allowed to take any during the tournament. Hope everyone has a great rest of the Masters week! 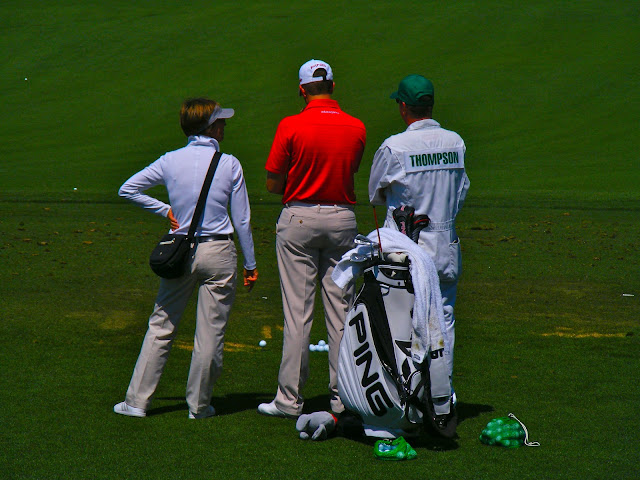 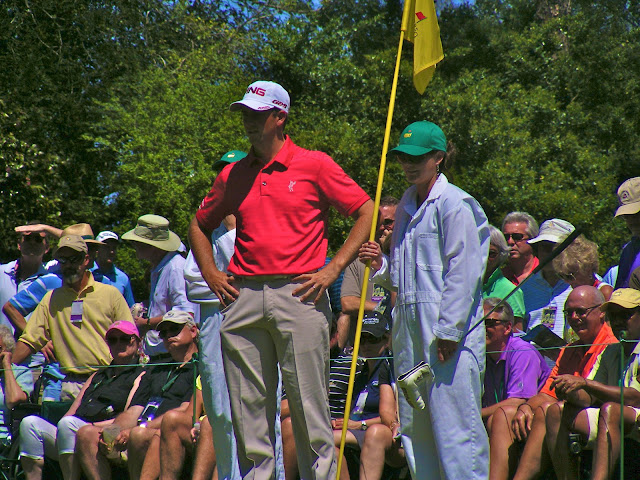 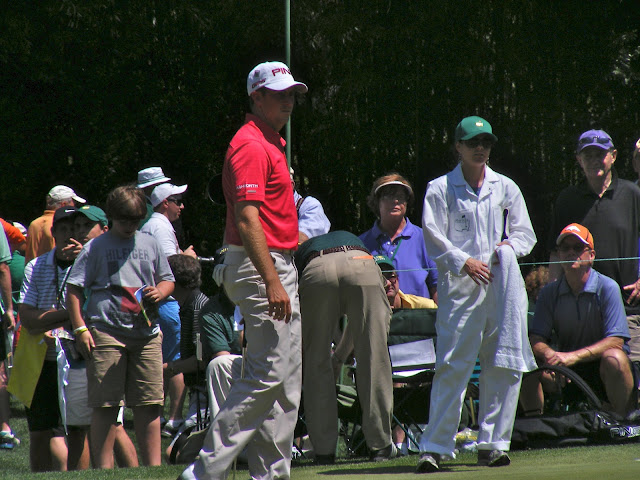 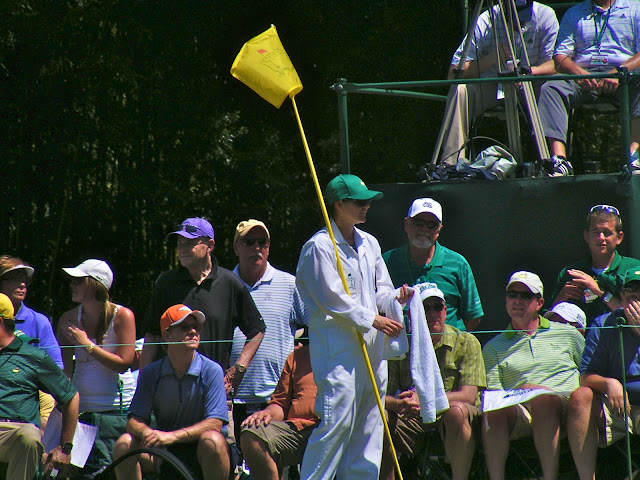 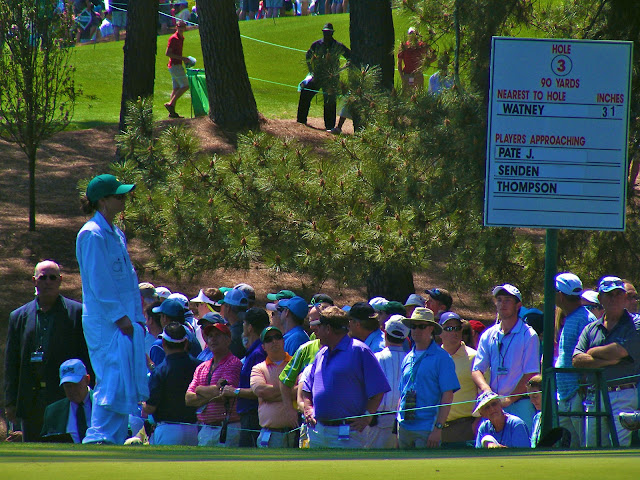 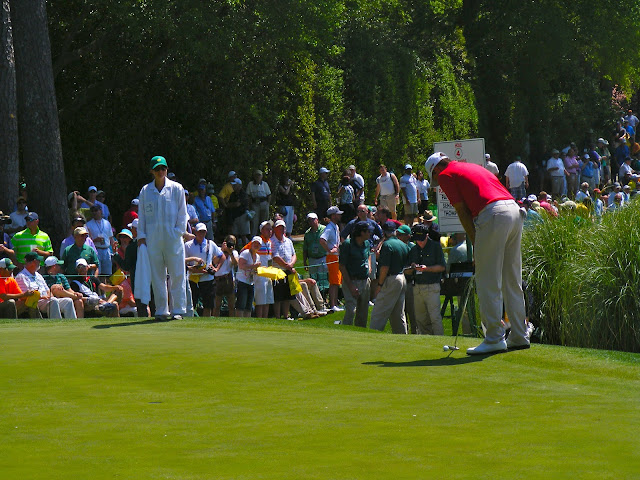 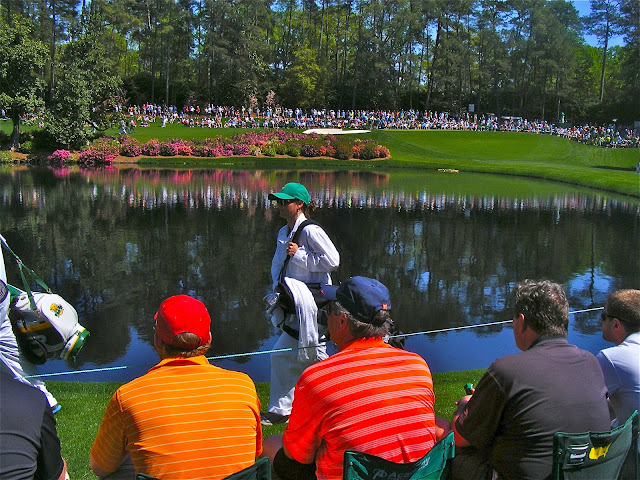 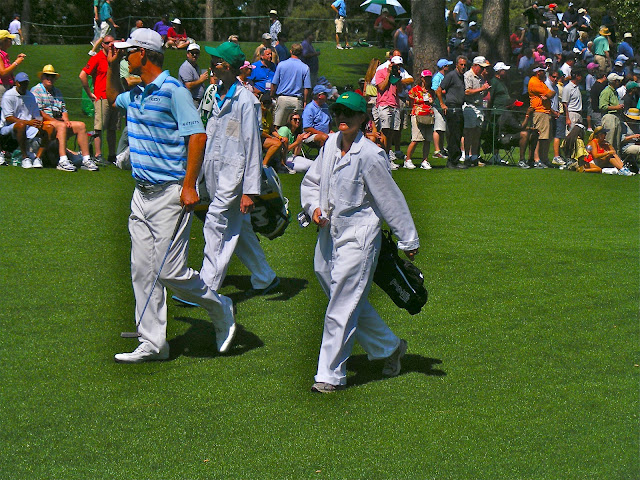 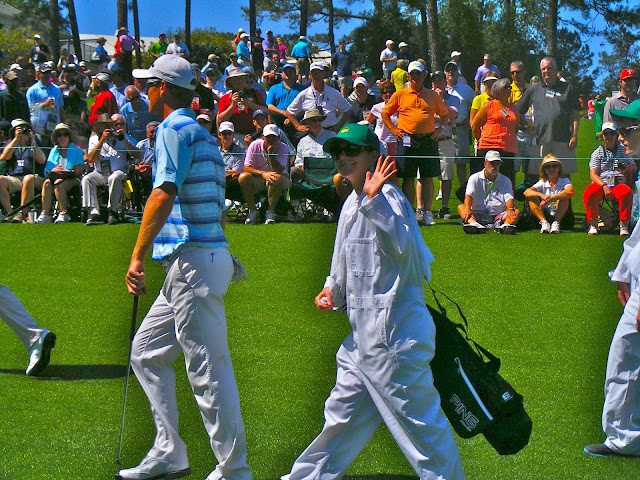 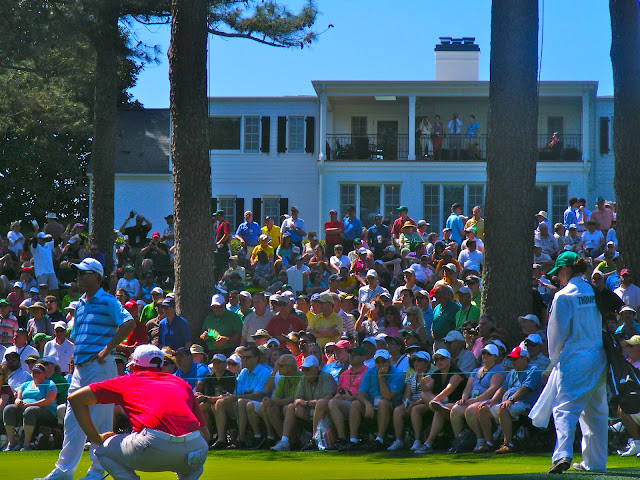 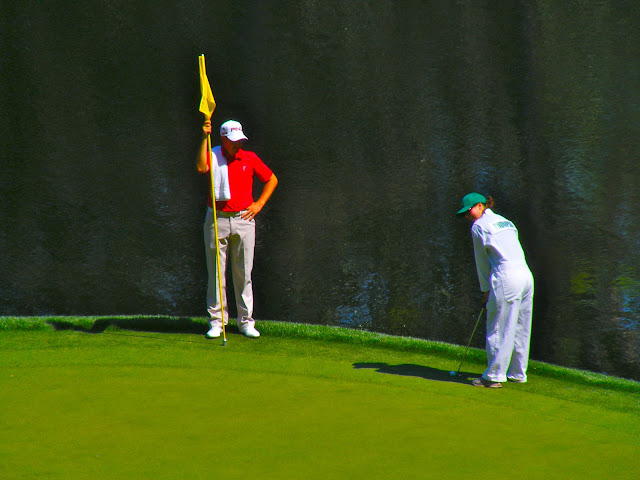 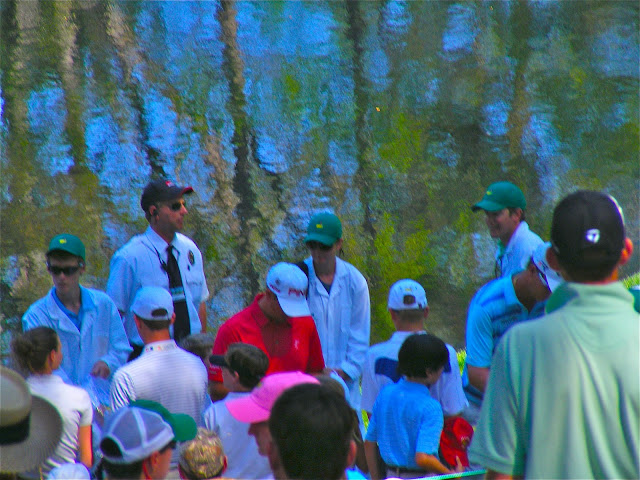